About Cancer and Radon

Studies on the Carcinogenicity of Radon

Radon’s primary hazard arises from inhalation of the gas and its highly radioactive heavy metallic decay products (Polonium, Lead, and Bismuth) which tend to collect on dust in the air. The problem arises when these elements stick to the delicate cells lining the passageways leading into the lungs.

An IARC Working Group reported that there is sufficient evidence for the carcinogenicity of radon and its decay products in humans. Increased incidences of lung cancer have been reported from numerous epidemiological studies of groups of underground hard rock miners occupationally exposed to high doses of radon. These groups include miners of uranium, iron-ore and other metals, and one group of fluorspar miners. Strong evidence for exposure response relationships has been obtained from several studies, in spite of uncertainties that affect estimates of the exposure of the study populations to radon decay products. Several small case-control studies of lung cancer have suggested a higher risk among individuals living in houses known or presumed to have higher levels of radon and its decay products than among individuals with lower presumed exposure in houses.

Regarding lung cancer, the evidence on the interaction of radon and its decay products with cigarette smoking does not lead to a simple conclusion. The data from the largest study are consistent with a multiplicative or sub-multiplicative model of synergisms and reject an additive model. In many studies of miners, and in one of presumed domestic exposure, small cell cancers accounted for a greater than expected proportion of the lung cancer cases. In one population of uranium miners, this proportion has been declining with the passage of time. Because of the limited scale of epidemiological studies of nonoccupational exposure to radon decay products available at the time reviews were made, quantification of risk has been based only on data of miners’ experience. An IARC Working Group considered that the epidemiological evidence does not lead to a firm conclusion concerning the interaction between exposure to radon decay products and tobacco smoking. Most of the epidemiological studies involve small numbers of cases, and the analytical approaches for assessing interaction have been variable and sometimes inadequate.

Peripheral lymphocyte chromosomes from 80 underground uranium miners and 20 male controls in the Colorado plateau were studied. Taken into account were confounding factors such as cigarette smoking and diagnostic radiation. Groups that were increasingly exposed to radon and its decay products were selected. Significantly more chromosomal aberrations were observed among miners with atypical bronchial cell cytology, suspected carcinoma, or carcinoma in situ than among miners with regular or mildly atypical cells, as evaluated by sputum cell cytology.There is sufficient evidence for the carcinogenicity of radon and its isotopic forms, radon-222 and radon-220, in experimental animals.

When administered by inhalation, preceded by a single exposure to cerium hydroxide dust, radon induced pulmonary adenomas, adenocarcinomas, invasive mixed adenosquamous carcinomas, and squamous cell carcinomas in male rats. Extrapulmonary metastases occurred in only one animal. Most or all of the tumors were believed to be bronchiolar or bronchio-alveolar in origin. In combination with uranium-ore dust, radon decay products induced a progression of activity from single basal cell hyperplasia in bronchioles to malignant tumors in male hamsters exposed by inhalation. Lung tumors observed were adenomas, adenocarcinomas, and squamous cell carcinomas; bronchiolar and alveolar metaplasia . Adenomatous lesions, fibrosis, and interstitial pneumonia were also observed. Radon-induced nasal carcinomas, epidermoid carcinomas, bronchio-alveolar carcinomas, and fibrosarcoma were observed in dogs of both sexes that had been administered, by inhalation, radon decay products, uranium-ore dust, and cigarette smoke. A significant increase in respiratory tract tumors was observed in rats and dogs compared to unexposed animals. A dose-response relationship was noted in experiments with rats in which radon was tested. In most instances, tumors at sites other than the lung were not reported, but one study has mentioned tumors of the upper lip and urinary tract in rats. 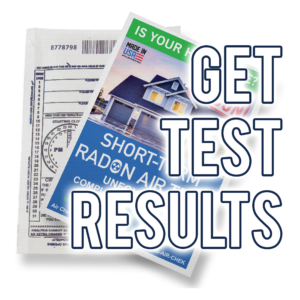 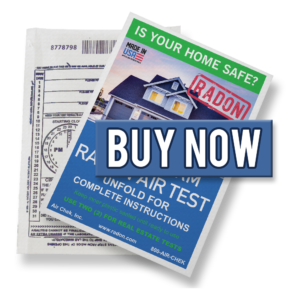